Weeks before our holiday to Spain I was thinking about what kit I was going to take and trying to think about the type of photo’s I would want to shoot.

I have a selection of lenses:

I know the area well and knew we were booked to see the Alhambra.

I wanted to shoot some long exposures and get some sharp landscape images so had a couple of options.

I would have loved to have taken all my kit but before the holiday I put my back out and was immobile. This meant I had to reduce what I could take to the bare minimum so that I didn’t have too much weight to carry.

This was a sensible decision as I took the bare minimum and still have issues with my back and hips so taking more than I did would have been detrimental to my health.

Thankfully my system is micro four thirds so it’s all super compact but I still had to be sensible.

I would have loved to have taken the 90mm as it’s super sharp and very bright but I wasn’t sure it would be great in a crowded situation and I’d have to shoot into the distance which wasn’t a great choice for the Alhambra which I expected to be crowded. So this was a no.

I didn’t pack the telephoto which I was a bit annoyed about as there was a pod of dolphins swimming in front of the apartment. I could be upset as to have missed the shot but to be honest, it was on a day when I was simply strolling to stretch my back so wouldn’t have taken the tripod with me anyway.

So I took the 14-42mm kit lens and the 20mm pancake lens (which is one of my favourite lenses).

I swapped lenses twice in the car on the way to the Alhambra but stuck with the kit lens and forgot how good it is.

The focal length was enough to give me the wide range I needed to get in lots of content whilst also allowing me the flexibility to zoom in on detail. The lens is also very small so it was ideal to carry just this with me on the day.

The rules about bags, equipment etc are strict so this made part of the decision for me. Plus I wanted to enjoy the day and not just simply see it through my camera lens. 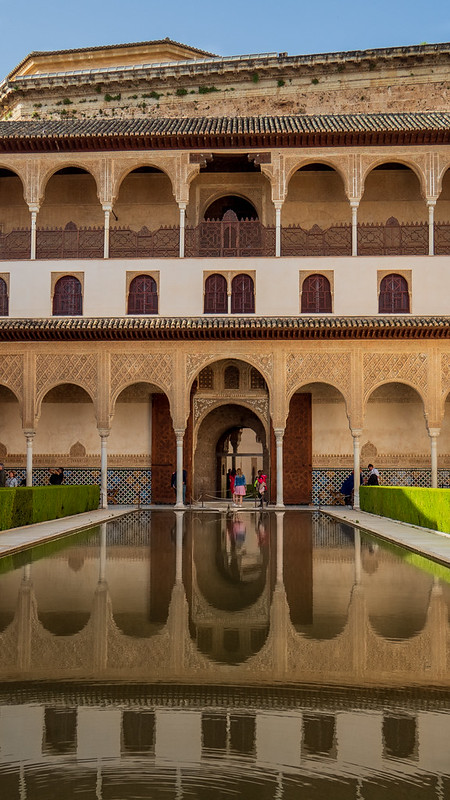 This shot is cropped in but it gave me enough content to be able to crop in close and get the effect I wanted. 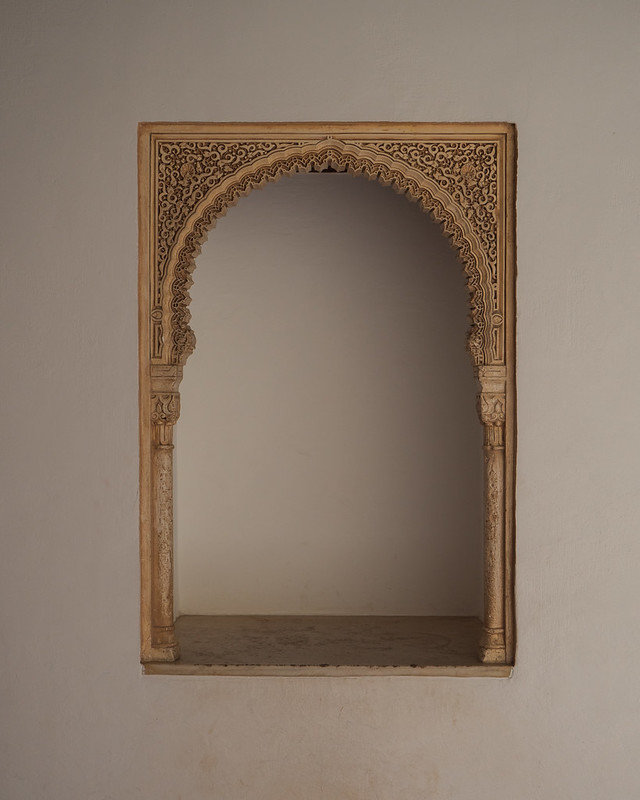 I took this in a very crowded part of the original palace but the zoom and the speed of the lens gave me enough light and focus to be able to crop in quickly and get enough light to produce such a sharp image. 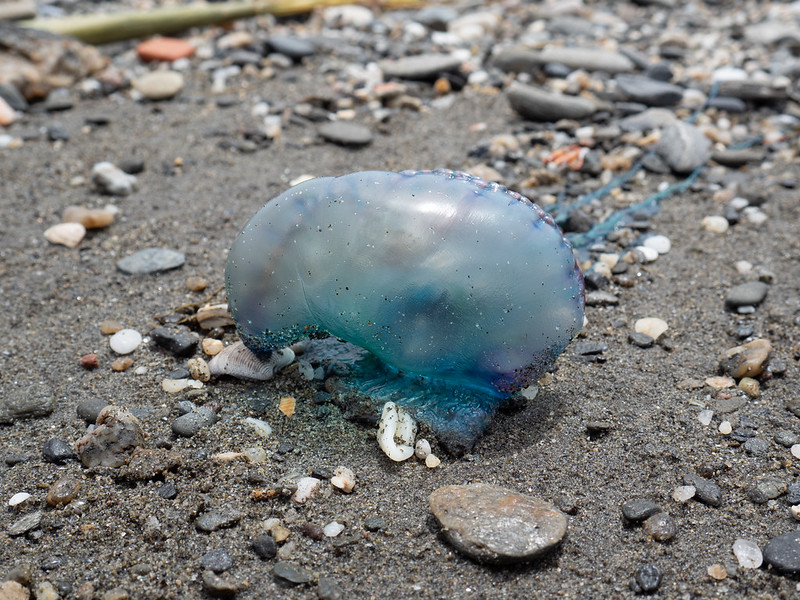 I took this photograph of Medusa (Jellyfish) on the beach by the apartment. The lens is fast enough at 14mm to get a good depth of field. Thankfully the articulated screen saved me (and my back), from having to bend over to get this shot!).

When we visited Salobrena I took the 20mm pancake lens which also yielded good results.

Whether close up or large vistas, the lens was able to capture what I wanted and with the equivalent size of 40mm it gave me a lot of my natural view. 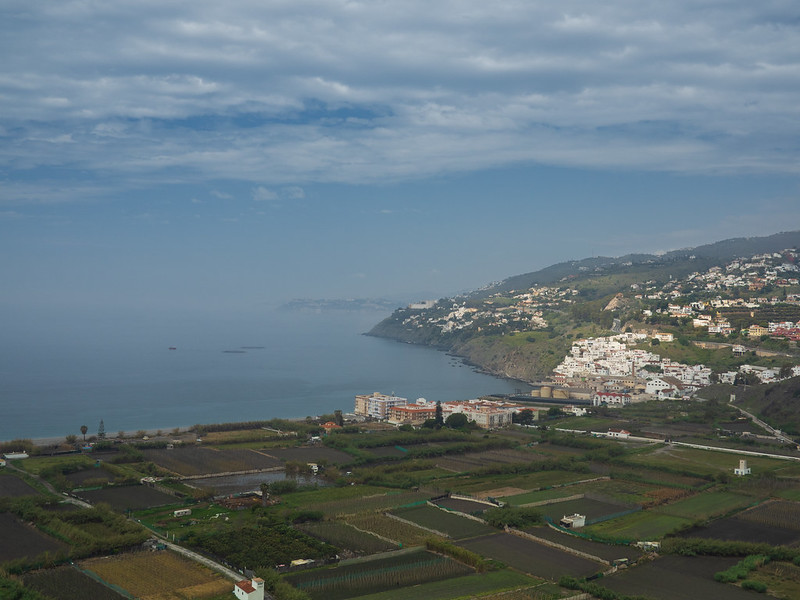 This is shot from the Castle in Salobrena which overlooks the city.

The 20mm also enables you to get sharp street scenes. In a traditional Andalucian town like Salobrena, this was very helpful as there was so much to capture (and squeeze into one frame). 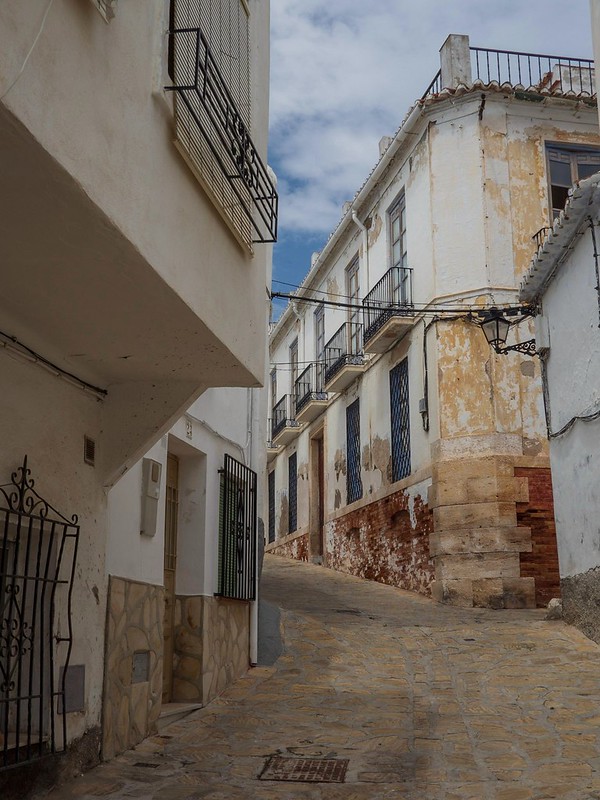 I did manage to try some long exposure photography on the beach but I wasn’t 100% inspired by the views and was not sure I had this right. 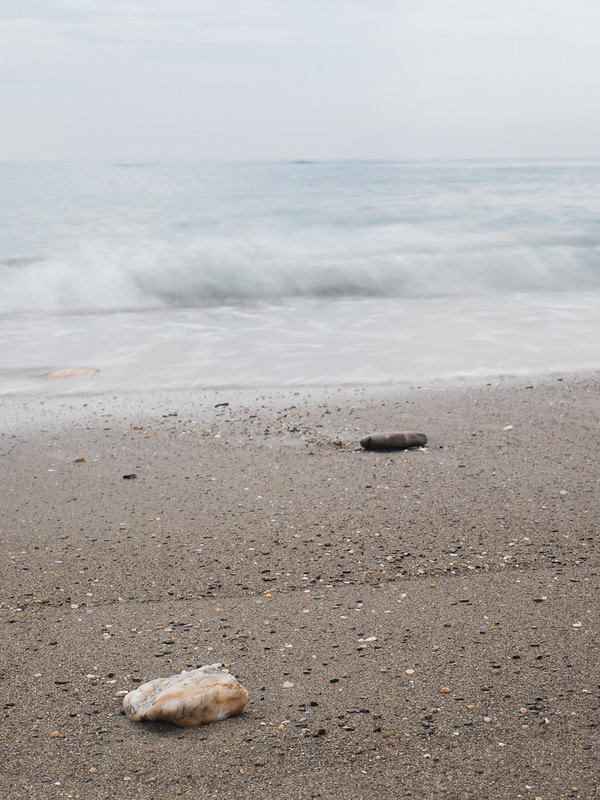 which was OK, but to be honest I don’t think it was dark enough to enable me to achieve the shots I wanted.

I didn’t do too well with long exposures last time I tried and am a bit frustrated by it.

I did speak to a fellow photographer who recommended a darker static ND filter which I have, I simply need to find an opportunity to get out and try it (as it’s square filters so will need to take my tripod etc with me to use it).

I don’t know if I am being too hard on myself but I expected more of the photo above.

The flip side to this is the light trail photography I tried for the first time, and I have to say I am pleased with the results. 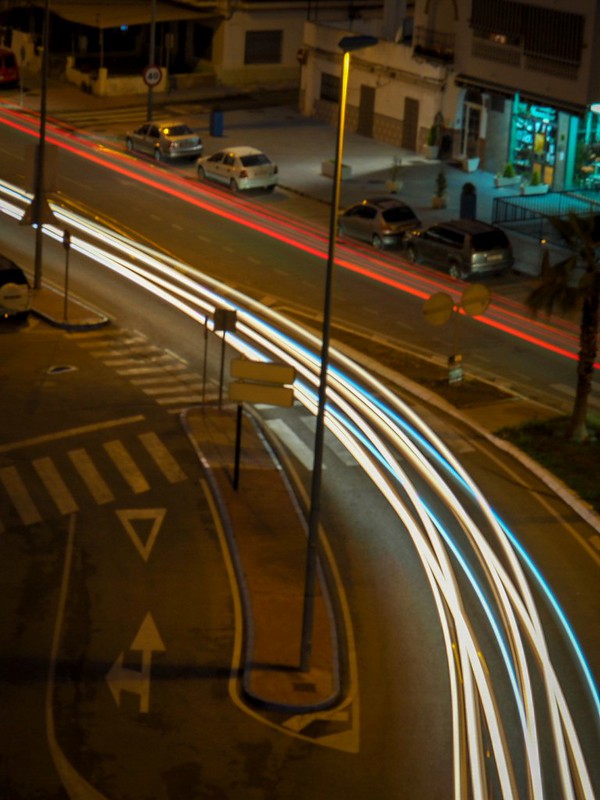 This was shot with the 14-42mm at 42mm on the tiny Manfrotto tripod and the shutter was left open for about 3 minutes to get this effect.

I really enjoyed watching this expose on the screen of my Olympus and am keen to try it again.

Then there are the photos I shot with my Pixel 2 – I have to give so much credit to the camera on this smartphone as it is so clever. 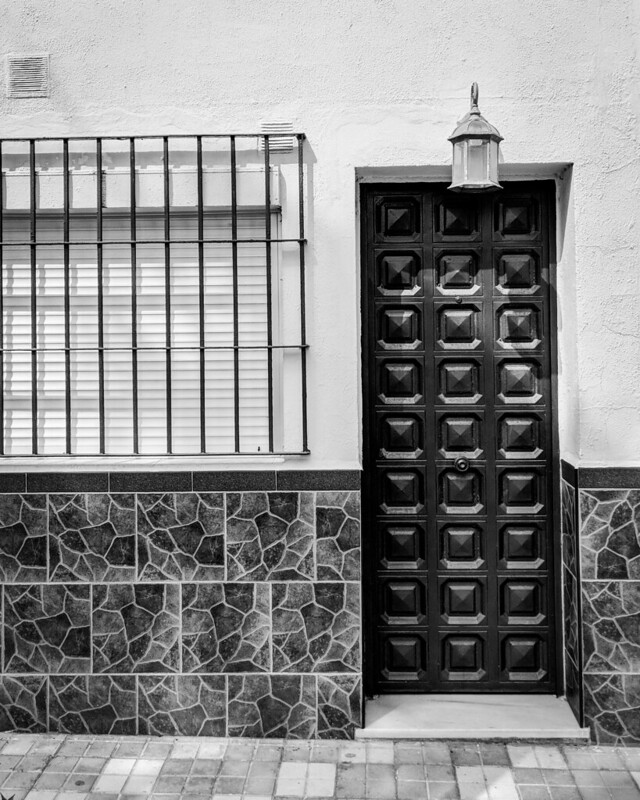 I took this on the way back from the bakery one morning. It’s a simple shot that I knew would work well in black and white given the textures and the early morning light.

I converted it in Lightroom mobile, all shot and executed on my Pixel 2.

Regardless of what kit you have or what you take with you, there are lots you can achieve with your camera and some imagination.

Next time I travel I will try not to stress too much about the kit I have to take with me and think about the places I will visit and the types of photos I might take.

Ultimately you never know where inspiration will strike so as long as you have a camera, an empty memory card and a loaded battery, what’s stopping you?