We have been meaning to go to Buckingham Palace for a number of years and this year finally got around to booking it.

I thought this would be the ideal opportunity to try out my new Olympus 12-40mm Pro lens so took it along for the day.

Sadly you are not allowed to take photos in the Palace but you are in the gardens.

I took my first couple of shots in St James Park which is next to Buckingham Palace.

Our tour was early in the morning so we had good light in the park. It wasn’t as hot as it has been so there was less haze which was nice. The light was warm and colourful.

The wildlife in the park was out enjoying their breakfast before the march of the maddening crowds and this is when I took most of my photographs.

I took some shots through the trees, of the light etc and was impressed by the range of the zoom lens and the crispness of the images. At 12mm (24mm equivalent) the lens is fairly wide for Micro Four Thirds and at 40mm (80mm equivalent) you can get in fairly close to focus on subjects.

Thankfully there was a rather obliging goose who posed for me and I shot this at 40mm. 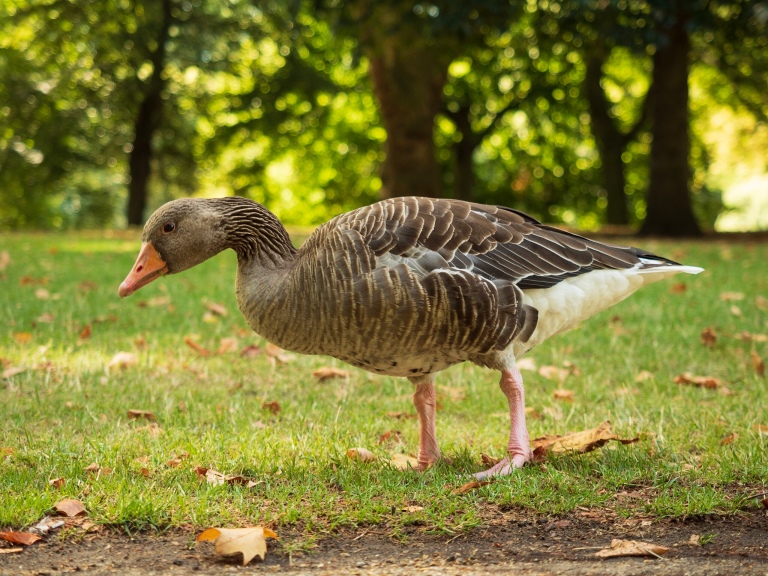 As you can see the wide aperture allows the goose to stand out against the background and yet there is enough definition in the park behind. There’s also a lot of detail in the feathers of the goose and the grass beneath its feet. 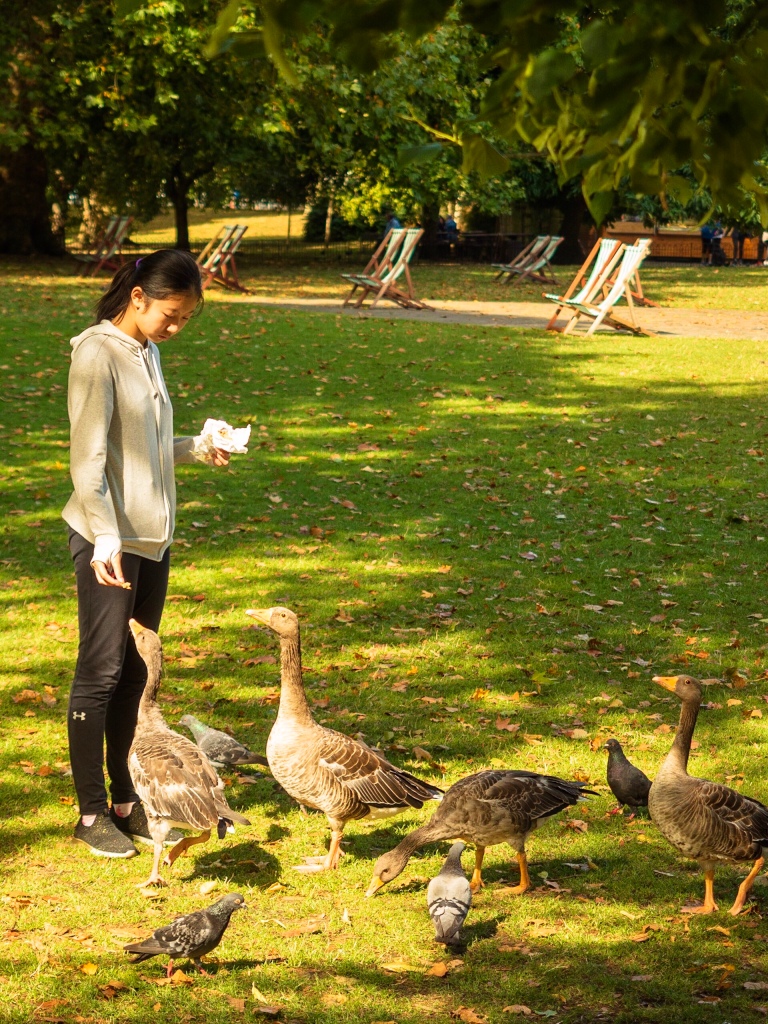 In this portrait of the lady feeding the wildfowl you can see there is very crisp rendering around her and here attentive recipients and the background is separated from her.

I like the colour rendition too. The lens really captured the mix of warm sun, shadow and the vegetation.

This was shot at a distance and was at the limit of the lens. Seeing as it was shot handheld I think it came out particularly well. I’d have liked to have gotten closer but a fence prevented me.

There’s a good deal of reflection and detail in the trees and the water. I am not sure how pelicans came to be in St James Park but they are. 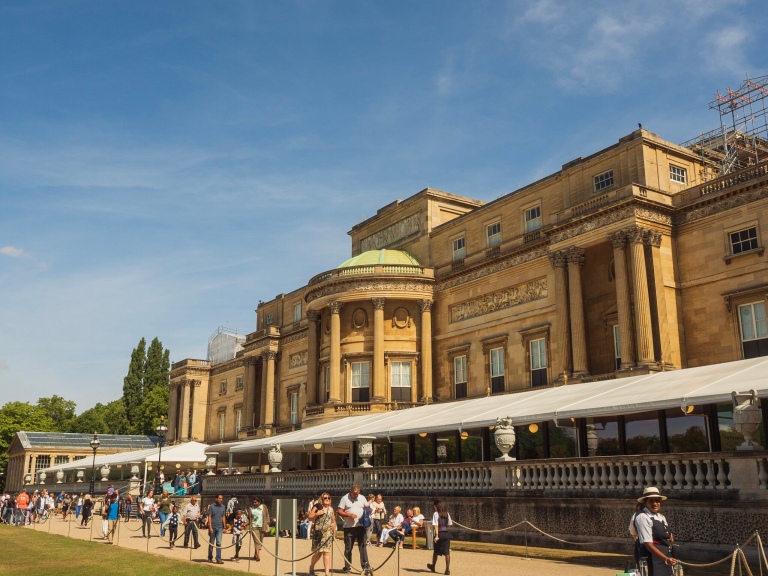 This was taken with a narrower aperture and you can see much more of the shot is in focus. It’s also very sharp throughout the photograph.

I particularly like the wispy detail of the clouds in the sky. Soft details against the grand exterior of the palace.

This is the back of Buckingham Palace and the location of where the Queen hosts her summer parties.

This is not an exhaustive test but the light was good and I captured some various subjects. I am therefore pleased with this first road trip with the lens and feel I have made a good investment.

I have a couple more weeks before our holiday and aim to test it as much as I can before then.

Let me know what you think of these images, are you impressed with the detail?

One thought on “A day at the palace”